A two-man team from Mannai Automotive’s Heavy Equipment Group has beaten off competition from nine countries to scoop a prestigious dealership award.

The event is an annual technical skill competition open to representatives from the VE Commercial Vehicles’ (VECV) dealership network.
VECV is a joint venture between the Volvo Group and Eicher Motors, a commercial vehicle manufacturer in India whose origins date back to 1948.

Since July 2008, the joint venture has included a complete range of Eicher branded trucks and buses, VE Powertrain, Eicher’s components and engineering design services businesses, as well as the sales and distribution business of Eicher Busses and Trucks.

Altan Yuksel, a senior manager at Mannai Automotive-Heavy Equipment Group, said teams from India, south Asia and the Middle East took part in earlier rounds of the competition before five teams went head to head in the final in India on February 26-27.

In the final challenges, five technical stations had to be cleared within 30 minutes allotted to each station, with three different activities for each station.

The Mannai HEG Service team successfully cleared all the tasks, and the winners were announced at a  grand award ceremony on February 27.

Mr Sivasubramaniam and Mr Kumara were presented with the award from VECV CEO Mr Vinod Aggarwal, vice president (After Market) JP Verma, and Mr Kaushik Bhattacharya, Head of Exports After Market.
Mr Yuksel said: “Everyone at Mannai is delighted to see two dedicated members of staff coming out on top in a highly challenging competition featuring vastly experienced competition.

“Their eye for detail and the need to be fast, but thorough defines everything that we stand for at Mannai Automotive. We are dedicated to providing a high-quality, award-winning service to all our clients.”

Mr Khalid Yousef, General Manager – Heavy Equipment Group, added: “Our inspectors and technicians are highly trained to deliver a first-class service under challenging conditions. Mr Sivasubramaniam and Mr Kumara have simply confirmed the high degree of quality and commitment that we go into every job.”

“Their achievement in rising up against teams from nine other countries shows that we are running an award-winning service for clients in Qatar.”

VECV’s commitment to it exports markets will be highlighted further this year with plans for a new generation truck in the light and medium duty truck sector that will have high power and torque combinations. Featuring a 4 cylinder, 4 Valve E494 CRS technology engine with Volvo’s engine management system (EMS), the truck will combine high performance with lower maintenance demands.
The company, which has a commercial vehicle manufacturing plant in Madhya Pradesh, India, has a wide product range from 5-ton to 49-ton trucks and 15-65-seater buses.

Its automotive arm holds the exclusive franchise in Qatar for General Motors (GM) brands, Cadillac and GMC. It is also among the best and innovative dealers in Qatar. For instance, the dealership has pioneered in providing Mobile Services Vans to deliver a faster and more efficient car service. 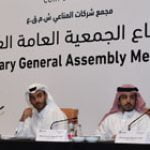 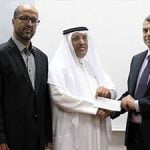