Mannai Corporation reports Net Profit of QR 167 Million on revenue of QR 5.1 Billion for the first half of 2018.

In line with the group strategy of diversifying geographically Mannai Corporation acquired additional 15.39% share in GFI Informatique, France during the first half of 2018 and currently holds 96.6%.

The group is well positioned to participate in the major infrastructure development projects and services sector in the State of Qatar and is optimistic of the future. 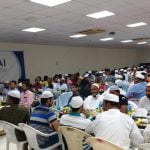 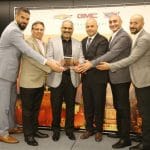