On behalf of the H.E. Sheikh Hamad Bin Abdulla Bin Khalifa Al Thani, Chairman of the Company, H.E. Sheikh Suhaim Bin Abdulla Al Thani, said “To put 2017 performance in a broader context the Compound Annual Growth Rate of Mannai’s Net Profits since listing in 2007, including 2017, has been an average of 18% per annum, which has enabled the Board to declare dividends to its shareholders amounting to QR 1.90 Billion over that period”.

H.E. Sheikh Suhaim also said the Board was pleased to recommend dividend of 40% for 2017. 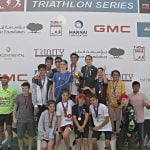