Subsequent to the period ended 30th June 2022, the Group completed the disposal of its investment in Inetum S.A. (formerly known as GFI Informatique) after the satisfactory completion of mandatory legal and regulatory approvals. Consequently, the Group deconsolidated its investment in Inetum S.A. and received the cash proceeds from the disposal amounting to EUR 1.052 billion on 21st July 2022.

The Board of Directors of Mannai Corporation QPSC decided to call an Ordinary General Assembly on September 7th 2022 at 6.30 pm Doha time to propose an interim dividend from part of the remaining net cash proceeds following the sale of Inetum S.A., after settling the related bank finance.

The reported first half year results for the period ended 30th June 2022 are excluding Inetum S.A. as it is classified as discontinued operations in the Income Statement and assets held for sale in the Balance Sheet. Accordingly, on a like to like basis, Group Revenue increased by 11% to QR 2.6 Billion, compared to QR 2.4 Billion in the same period last year.

Group Gross Profit for the first half year increased by 12% to QR 489 Million and Group EBITDA stands at QR 293 Million.

Group Net Profit for the first half of the year is at QR 90 Million, after accounting for a conservative provision of QR 63m related to the disposal of Inetum S.A., as compared to QR 117m in the same period last year. On a normalised basis, excluding this specific provision, the Net Profit is at QR 153 Million, representing a 31% increase over the same period last year.

The underlying Net Profit generated by the Qatar businesses in the first half year grew by 40 percent as a result of very positive trading in the first six months. 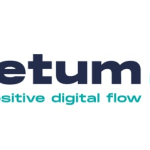